Late November 2012 we transported the two-year-old giant panda Fu Hu to Chengdu / China, aboard a Boeing 747
Aircraft. After a comfortable flight, the giant panda was brought to the panda
park Bifengxia in Ya’An.
He was transported in a customized cage that complies with regulations
for the transportation of live animals set by the International Air Transport Association (IATA).

Fu Hu was born in the world’s oldest zoo, Schönbrunn, in the Austrian capital, Vienna. The name Fu Hu means “Lucky
Tiger” in Mandarin. He weighed 100 grams at birth, but has grown a lot in the
past two years and weighed about 45 kg at the time of transport.
Fu Hu’s return to China is part of the national breeding program. 3 years ago we have already gained experience in
transporting giant pandas since we have coordinated the move of his elder brother
Fu Long to the same wildlife park. 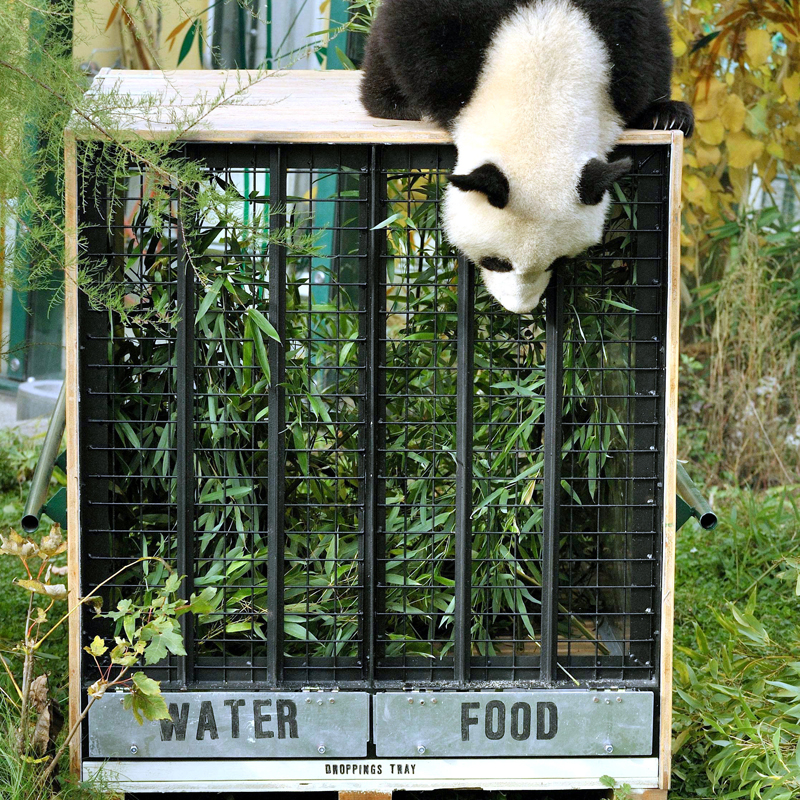