In November 2007, we arranged the first move of two lions from Romania, and 10 lions from the former Safari Park
Gänserndorf / Austria. After having managed a few transports in the last years
the Big Cat Sanctuary LIONSROCK in South Africa is now home to more than 90 big cats.
The project is focused on animals that have been rescued from Zoos, private captivity and the entertainment
industry spread all over Europe.
Animals, rescued from around the world, have a safe haven at LIONSROCK where they can live in peace,
tranquillity and freedom.
We have been cooperating with Four Paws, a Animal Welfare Organisation based in Vienna and Swiss World Cargo,
the Cargo Division of Swiss International Airline 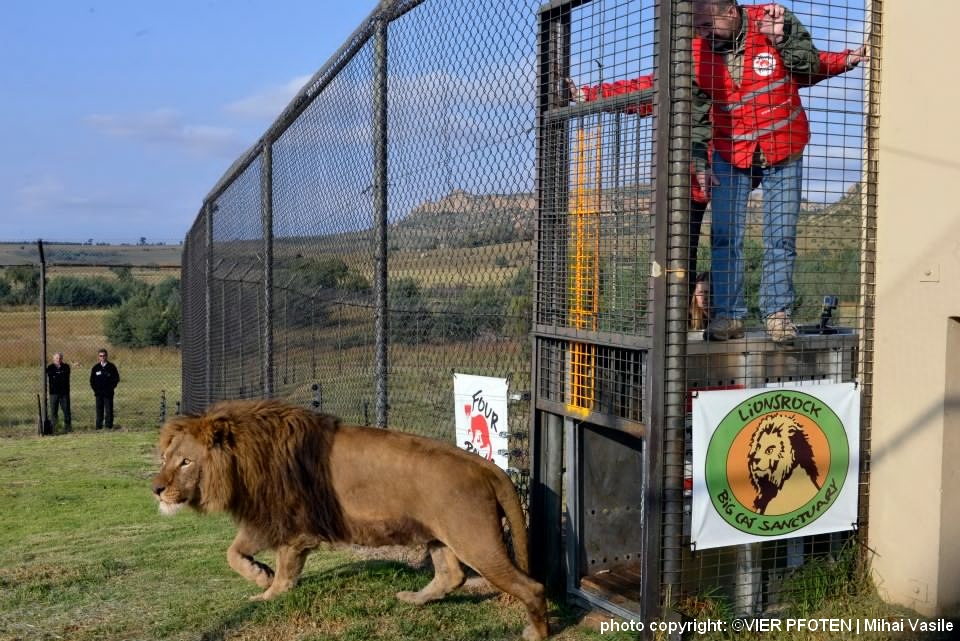