As soon as the Giant Panda “Fu Long” was born in Vienna on Aug 23, 2007 he became a big media star. People from all around the world observed his process of growing up.

“Fu Long”, Europe’s first and only panda to be conceived naturally while in captivity, was also the first to leave his birthplace for China.

Vienna Zoo had gently loaded the animal early morning on Sept18, 2009 in one of the special crates in which his parents already travelled from China to Vienna in 2003.
The Boeing 747-400F cargo aircraft of Air China departed Vienna at 0955am and arrived Shanghai the next morning. From Shanghai “Fu Long” was transported via Chengdu to his new home, the Giant Panda Research Center in Bifengxia. 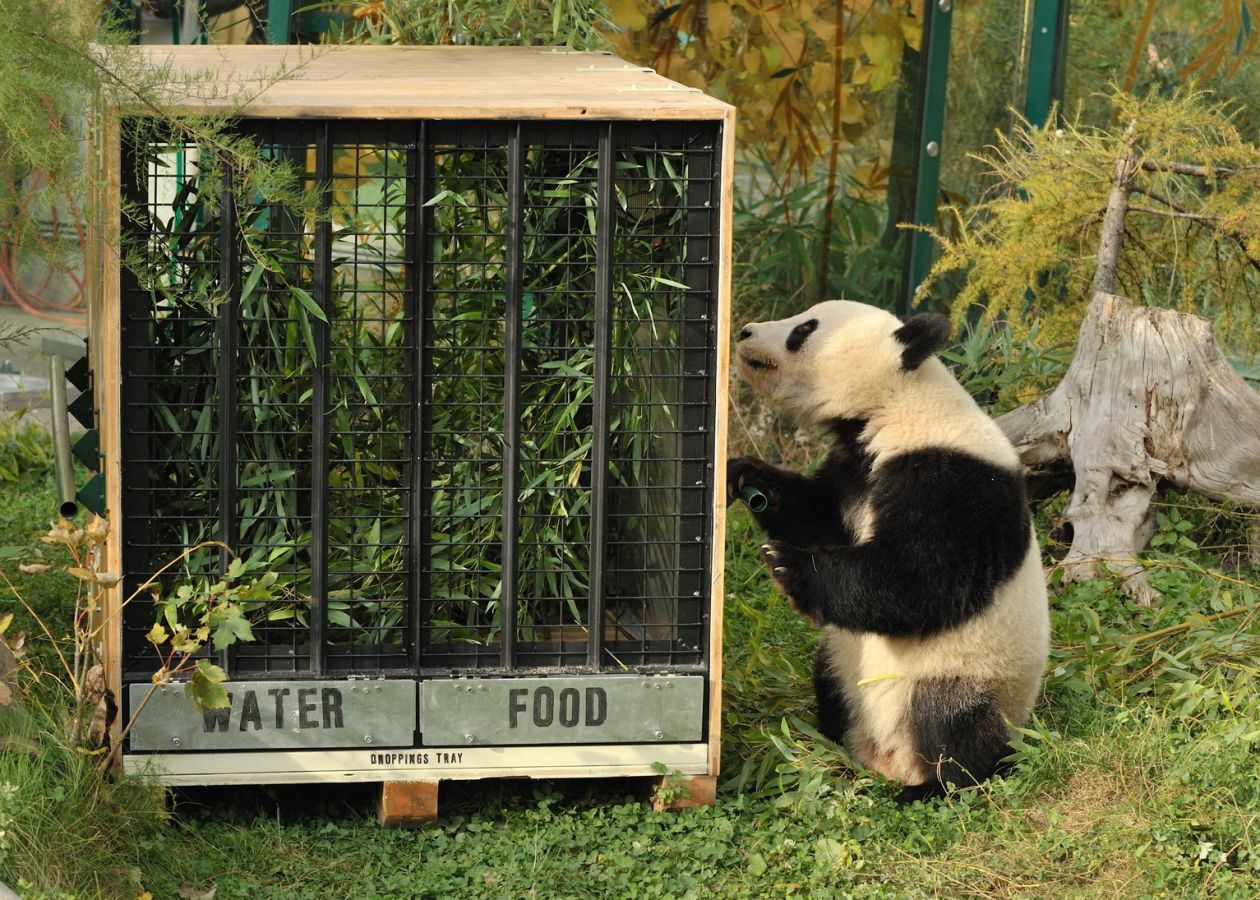